Perfect Marine Fuel. Don’t let ethanol ruin your seals and hoses – especially in your small engines at home. We are one of the few “pure gas” retailers around.

Nick and Moe’s has the untaxed off-road diesel for your boat and your other diesel equipment. This “dyed diesel” is the best alternative for your non-road vehicles

Don’t pay extra to exchange your tanks when you can fill them with bulk propane right here at Nick and Moes. Gas grills, RV’s, and more get refilled here!

We pride ourselves on our wide selection from drinks to alcohol to tobacco to snacks and even hot food. But, we didn’t stop there. We even have a wide selection of fuels for your every need. Of course we are proud to carry your typical grades of Citgo gasoline: unleaded, plus, and premium too.

We also provide Diesel for your hard-working vehicles. Besides your regular diesel for your cars and trucks, we also offer off-road diesel, or dyed diesel for boats and other off-road usage. This is a cheaper untaxed diesel and it is not for use with any vehicles intended to travel on regular roads.

We also offer bulk propane for your convenience. Whether you need to just fill a small tank for your grill or big tanks for an RV or Camper, we are glad to help.

We also offer ethanol-free gasoline for your marine use. This “pure” gasoline is much better for engines that are not designed to use ethanol. Your hoses and gaskets will thank you. Our ethanol-free fuel is also the fuel of choice for your smaller lawn motors on things like small tractors and lawn mowers. 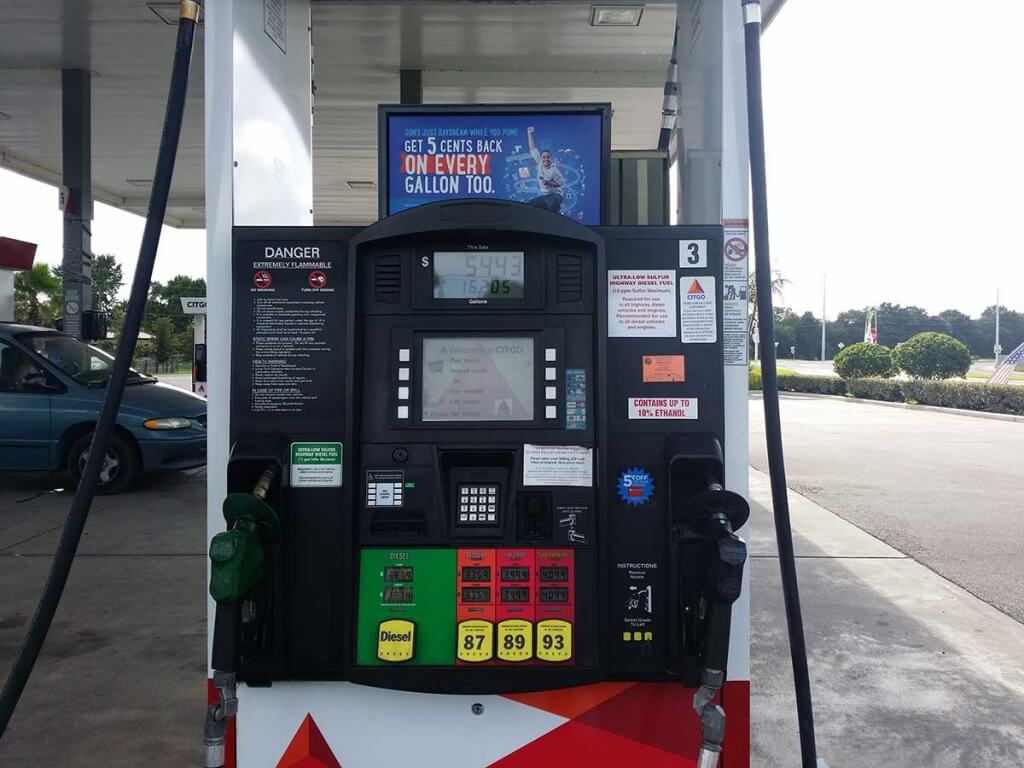 From the gasoline that helps your family take vacations to the advanced medical equipment at your community hospital, CITGO is fueling good.

It’s amazing the difference petroleum-based products make in our everyday lives. Based in Houston, Texas, CITGO is a refiner and marketer of transportation fuels, lubricants, petrochemicals and other industrial products. In addition to these products, there’s probably a CITGO in your neighborhood, a convenient place to fill up with gas and grab a quick snack.

The story of CITGO Petroleum Corporation as an enduring American success story began back in 1910 when pioneer oilman, Henry L. Doherty, created the Cities Service Company.

When Cities Service determined that it needed to change its marketing brand, it introduced the name CITGO in 1965, retaining the first syllable of its long-standing name and ending with “GO” to imply power, energy and progressiveness. The now familiar and enduring CITGO “trimark” logo was born.

Occidental Petroleum bought Cities Service in 1982, and CITGO was incorporated as a wholly owned refining, marketing and transportation subsidiary in the spring of the following year. Then, in August, 1983, CITGO was sold to The Southland Corporation to provide an assured supply of gasoline to Southland’s 7-Eleven convenience store chain.

In September, 1986, Southland sold a 50 percent interest in CITGO to Petróleos de Venezuela, S.A., (PDVSA), the national oil company of the Bolivarian Republic of Venezuela. PDVSA acquired the remaining half of CITGO in January, 1990 and the company is owned by PDV America, Inc., an indirect, wholly owned subsidiary. With a secure and ample supply of crude oil, CITGO quickly became a major force in the energy arena.

Since 1985, CITGO has sold its various products through independent marketers. Our relationship with these individuals is really what makes CITGO different from other petroleum companies.